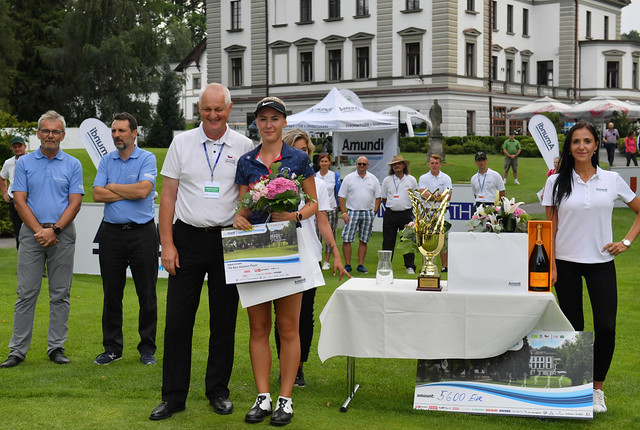 The players registered for the Tipsport Czech Ladies Open showed great form at their last start on the tour before Karlštejn.

The ASI Ladies Scottish Open on the Ladies European Tour was the last tournament on the LET, which is now followed by a week’s break before the professionals come to play in the Czech Republic from 23 to 25 August.
Home favourite Carly Booth and Caroline Lampert from Germany finished in the top 10 in Scotland, both on T9 with a score of 10 under par. The Finn Ursula Wikstrom made the top 20 and the Austrian Christine Wolf the top 30. The tournament at the Renaissance GC was won by the Korean Mi Jung Hur on minus 20.

The Dane Emily Kristine Pedersen and the Swede Linda Wessberg also made the cut. Both of them did not do well at the end, and they will certainly want to set things right at Karlštejn.
Meanwhile, home favourite Annelie Sjoholm won in the LETAS in Sweden and is also registered for the Tipsport Czech Ladies Open. Sanna Nuutinen, the winner of the LETAS tournament at Konopiště who finished equal third in Sweden and increased her lead in the Order of Merit, is coming on the back of a number of wins.

The Tipsport Czech Ladies Open will be played from Friday, 23 August to Sunday, 25 August in three rounds for a total of EUR 120,000, the cut is after the second round.