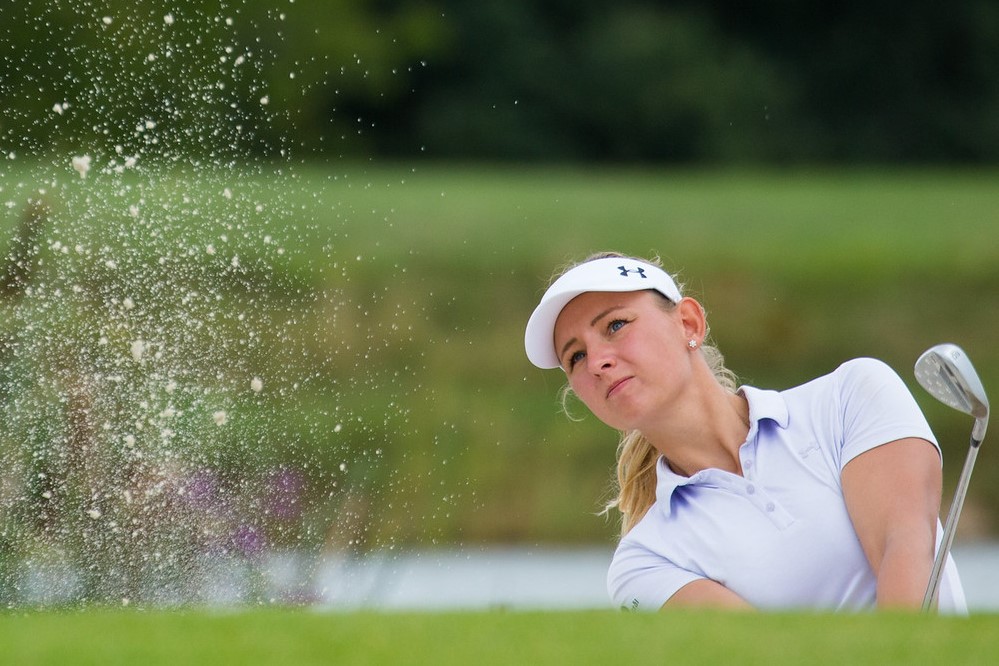 The hottest player on the LET right now Emily Kristine Pedersen, continued her run of good form this morning at Beroun Golf Club, firing a first round of 63 (-9) at the 2020 Tipsport Czech Ladies Open.

Starting from the tenth, the current Race to Costa Del Sol leader started slowly, making a birdie and a bogey in her first four holes before catching fire on her 6th hole, making an eagle courtesy of a hybrid to 3ft, to move to red numbers.

Further birdies and No. 7 and 8 ensured she turned in 32 shots before coming home in a bogey-free 31, to sign for the lowest round of her professional career.

“I reached all of the par 5s in two, apart from the 18th, so that always helps but I had a good stretch where I hit three shots in a row to within a meter.”

“I am just trying to do the best I can on every single shot and be clear about where I want to pitch it and how do I want to fly it, how do I want to spin it and it takes my focus off my score. I worked hard during the break on my dispersion so I don’t hit it as wide, which got me in a lot of trouble last year.”

Pedersen’s coach is caddying for only the second time this week, taking up the duties once a year to watch his star pupil up close in tournament play.

“He likes to see how I think on the course, which shots I am uncomfortable with as my swing is a bit different under pressure. We talk a lot about the tempo to put on the swing and the different lies in the rough and what sort of swing I should be putting on a shot at any time.”

The 25-year-old admitted to maturing in recent years and her performances over the last three weeks suggest so.

“I used to look at where the pin was and just go at it, I had this junior mentality. I have learnt that there’s a bit more to a golf shot and the whole process that I go through is a bit more mature now.”