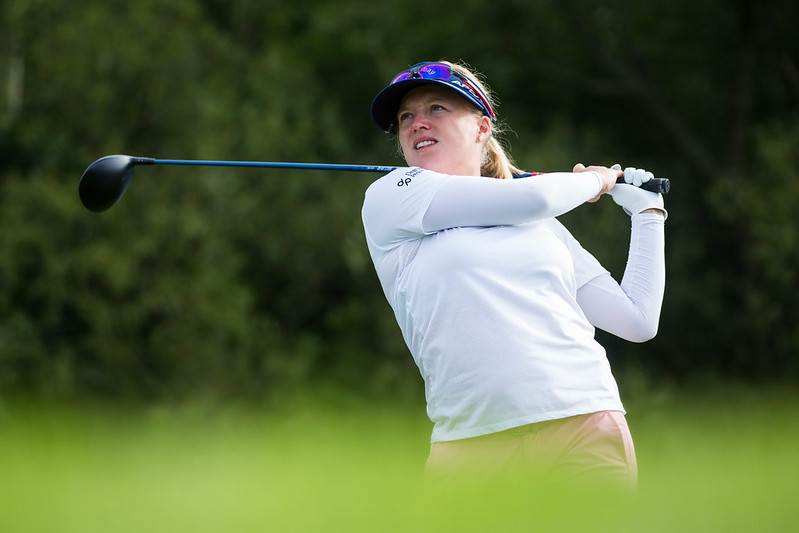 Manon De Roey achieved one of the rarest golfing feats yesterday in the first round of the Tipsport Czech Ladies Open at Beroun Golf Club – achieving an albatross (otherwise known as a double eagle) on the par five 7th hole.

Reported as a ‘million to one’ shot, De Roey defied the odds to achieve her first albatross, holing a perfectly struck 9-iron from 144 meters from the middle of the fairway after a laser-precision drive.

To go with her albatross, which is the first of the LET season, the Race to Costa Del Sol No. 4 also recorded an eagle and four birdies.

Eight groups were unable to finish their first round yesterday, because of a lightening threat, but returned this morning to complete the round with the 132-player field recording as many as 18 eagles, 412 birdies and of course, one albatross.

De Roey was not the only one making gains, Scotland’s Kylie Henry made two eagles of her own en route to a round of 66 (-6) while overnight leader Emily Kristine Pedersen made one on the 15th.