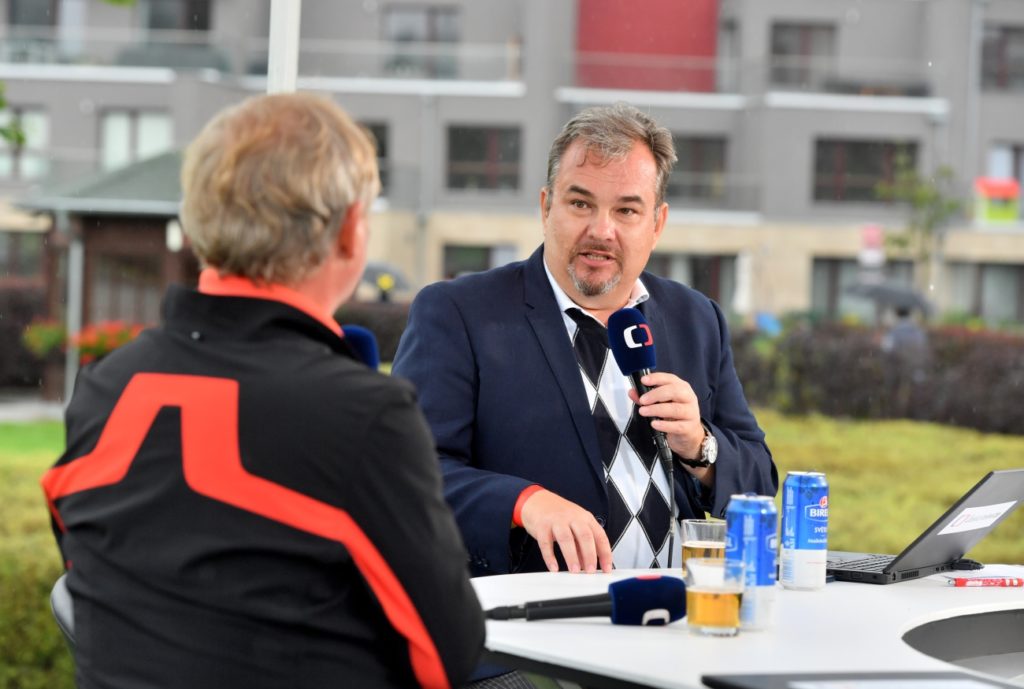 Česká televize (Czech Television) viewers could watch the tournament trailers throughout August. Czech Television broadcast a total of 5 hours of live broadcasts – two on Saturday, 29 August, and one on Sunday, 30 August.

An hour-long edited version was broadcast on Czech Television, which included the best moments from the tournament.

The total viewership on Czech Television on ČT Sport was over 400,000 viewers.

In addition to broadcasting on Česká televize (Czech Television), the tournament was also broadcast on international networks. There were a total of 27 countries (for example Slovakia, Germany, Austria, Denmark, Russia, Switzerland). The reach of followers was up to 100 000 000.

The tournament was presented on several billboards, bigboards, CLV and an LED screen from July 1 to August 31.

The Impuls Radio broadcast a spot campaign from 3 to 30 August. These are the following presentations:

An advertising campaign took place in the Deník (VLTAVA LABE MEDIA) from 17 to 30 August. Deník provided news from press conferences, the tournament week and displayed the Ladies European Tour banner on its website www.denik.cz.

The tournament was supported by five golf media, namely the Ladies European Tour website, the Czech Golf Federation website, Tee Time, Premium Golf and Golfové noviny. For example, Tee Time sent out a newsletter to 40,000 email addresses from 3 to 25 August.

The official tournament website contains several articles, start lists, the programme, a guide to photos and videos and a link to the final results of the tournament. Website traffic climbed to 16,000 between 1 and 4 September.

The tournament was presented on Facebook and Instagram. Facebook posts had a reach of 192,168 unique users and a hit rate of 4.7%. All content was published on Instagram, especially in the tournament week, when we shared non-stop posts from the accounts of all players.