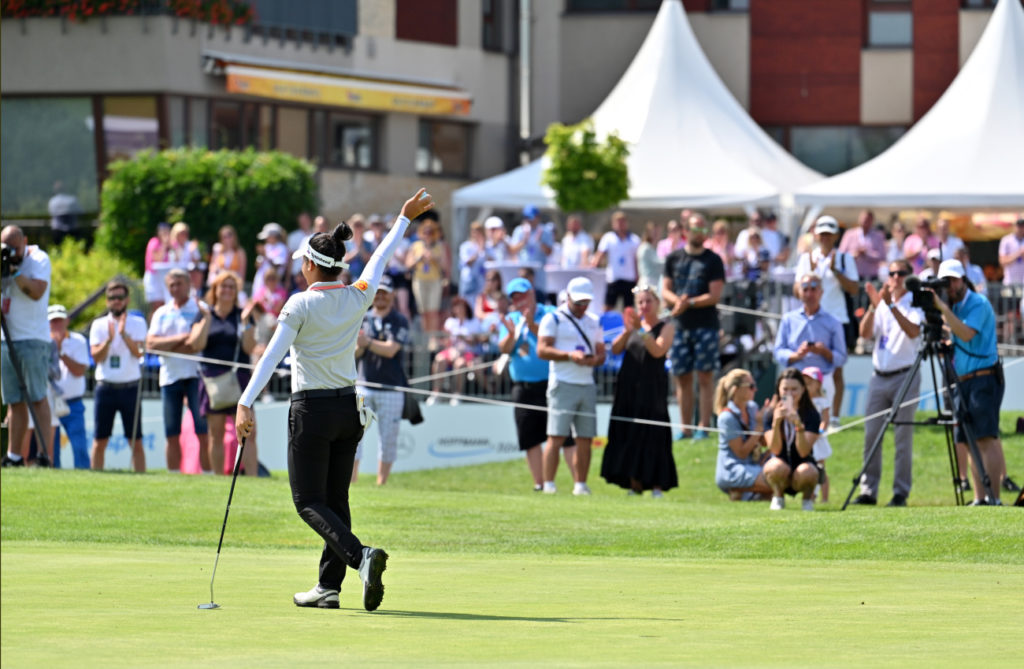 The Tipsport Czech Ladies Open is again one date on the record-breaking Ladies European Tour 2022 calendar, with 31 tournaments and prize money of 24.5 million euros up for grabs.

The biggest event in ladies golf in the Czech Republic will take place on 24-26 June 2022, for the fourth time in a row now, and for the third time at Beroun Golf Club. More than 200,000 euros are at stake, meaning more than 5 million koruna in prize money for the best professional lady golfers. The Czech Republic is one of 21 host countries in this year’s tour.

“The Tipsport Czech Ladies Open 2022 has been able to hold on to the same excellent date as last year. I am pleased that the Ladies European Tour will have a record-breaking year in many ways and that we can be a part of it,” said promoter Luboš Koželuh, owner of Premier Sports. “I am also pleased to be following on from the million-dollar Scandinavian Mixed tournament in Sweden and the Aramco Team Series in England. We can therefore expect considerable competition among the players in Beroun.”

The promoter expects up to ten Czech professionals and amateurs to start and is looking forward to seeing a new champion in Beroun. After all, the two previous champions, Dane Emily Kristine Pedersen (2020) and Thai Atthaya Thitikul (2021), earned an American LPGA card at the end of last year. The first winner of the Tipsport Czech Ladies Open was Carly Booth from Scotland.

“There are nineteen tournaments in the European part of the LET,” said Luboš Koželuh in reminding us of the expansion of the playing calendar in 2022, when two new events have been added and eight more are returning. This season will be a record-breaking one in the 44-year history of the Ladies European Tour, both in terms of the number of tournaments and the prize money involved. Prize money, in fact, has risen by 4.5 million euros on 2021, and a colossal 13 million on the 2019 season.

“New tournaments will be played in Singapore and South Africa this year. What is more, we will be returning to different places around Europe. This stems from the massive support provided by our partners, who see the rising value of investing in the LET. Thanks to the LET, Atthaya Thitikul, last year’s winner of the Tipsport Czech Ladies Open and top of the Race to Costa del Sol season standings, made it up to 18th in the world rankings. This shows the opportunities that the game offers on the European circuit,” said Alexandra Armas, CEO of the Ladies European Tour before the third year of the LET-LPGA joint venture.

Czech players too will be competing throughout the season, and as it would seem, in unprecedented numbers. Tereza Melecká and Kristýna Napoleaová made it through to the lower category at a recent qualifying school in Spain. Sára Kousková reached the highest level, but will play as an amateur in university tournaments overseas until May, with her involvement in the tour after turning professional in June currently being addressed.

The LET 2022 season will begin on February 10 in Kenya and will continue in Singapore, South Africa, and Australia in the spring. The key period on the tour is the series of 19 tournaments in Europe already mentioned, running from May to September and including the Tipsport Czech Ladies Open. Tournaments will then be played in the USA, India, the UAE, Saudi Arabia, and Spain at the end of the year. The LET currently has 316 players from 36 countries.