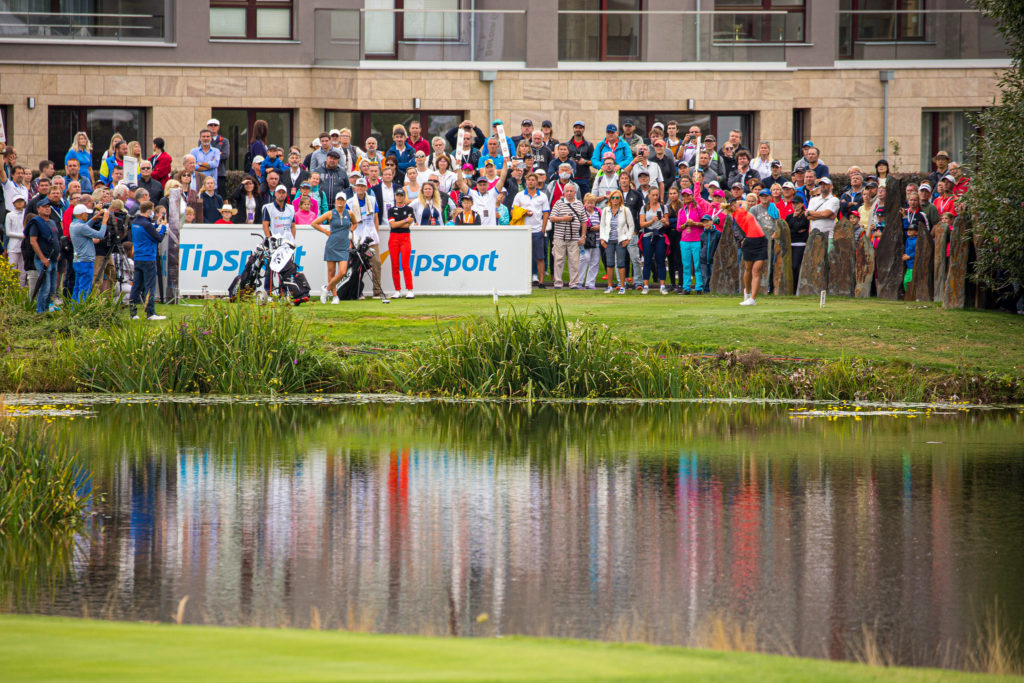 Denmark’s Emily Kristine Pedersen stamped her authority on the Tipsport Czech Ladies Open with a commanding second round 65 (-7) to take a six-shot lead at 16-under-par heading into the final day at Beroun Golf Club.

Pedersen came into the tournament as the highest ranked player on the Rolex Rankings and played like it.

With only a round to go, the former Solheim Cup star and one-time LET winner shot the lowest round of the day, for the second day running, ensuring she stretched her overnight lead from two shots to six from Finaland’s Sanna Nuutinen.

“It felt good out there. I felt like I actually played better today and left quite a few putts out there. I am feeling really good about my long game and I hope I can keep that going tomorrow.”

In overcast conditions which included the odd splattering of rain, the 24-year-old Dane made eight birdies and a solitary bogey, finishing in style with a birdie at the par five 18th hole to take control.

“It has been a while since I’ve been in the lead, right now I am not thinking about it, I’m just thinking about heading to the putting green and sorting my putting out.”

Coming off a runner-up finish at the Aberdeen Standard Investments Ladies Scottish Open and a T11 place at the AIG Women’s Open, Pedersen is also in-line to extend her lead at the top of the Race to Costa Del Sol.

“The last two weeks were really important for me , because I came so close I was a little disappointed by my Sunday at the Scottish so It’s good to get back in to it quick and prove it isn’t just on a tough course, I can make birdies on more scoreable courses.”

Alone in second place at ten-under-par, Sanna Nuutinen has not put a foot wrong all week but finds herself six shots adrift of runaway leader Pedersen. The 29-year-old Finn eagled the 7th hole for the second day in succession and is bogey-free for the back-nine – a statistic that might prove important tomorrow.

“My coach always says the tournament starts on the back-nine on the last day of the championship, so I’ve just got to stick to my game plan and roll in some putts.”

“There was a lot of fans last year and I’ve seen a lot here today, so I am hoping for a lot of people to be there. I love playing in the Czech Republic, the courses really suit me, I like the green and soft lies and I enjoy the good food, nice beer and it’s really easy for us to stay here.”

A further shot back in third is Italy’s Lucrezia Colombotto Rosso, who has been striding effortlessly down the hilly fairways at Beroun GC with an electric trolley that she borrowed from a local couple who joined her in the pro-am. Lucrezia appears to be in full control of her emotions, adding a 69 to her opening round of 66.

Appearing unflustered, Lucrezia has donned an interesting set of earrings all week, explaining, “They were a Christmas present from my Sister, they say crazy because I sometimes have a bit of a temper, but so far this week I’ve been very good.”

LET Rookie Pia Babnik may be nine shots back in T6 but has not given up on the chance to win an eighth straight trophy tomorrow, having captured her last seven events in Slovenia, Germany and the Czech Republic.

“We will see. It is just another round of golf for me. I have just tried to do the same as I have in the amateur days, my Dad is here like always and helping me to calculate the yardage and watch lines on the green so I’ll be looking forward to tomorrow.”

The final round cut fell at two-over-par with 69 players teeing it up for Sunday’s showdown.