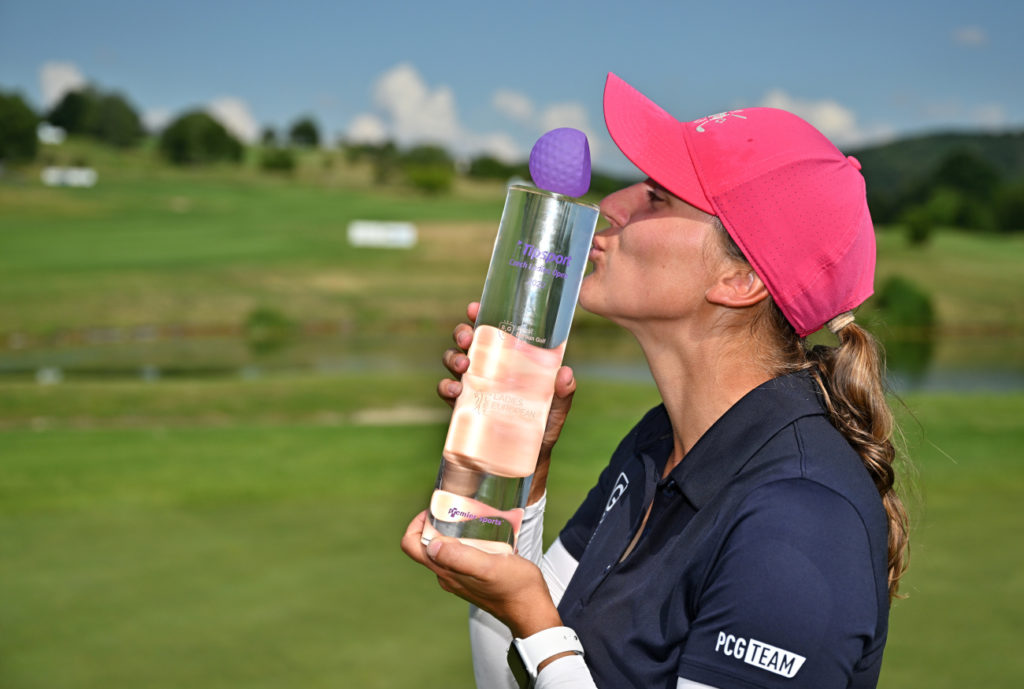 Before the last round, the cards were clearly dealt in the Royal Beroun Golf Club: Jana Melichová and Klára Spilková will join the fight for the title, other Czech players will try to maintain their current positions.

And it was Melichová who confirmed her strong nerves – she managed to play the whole field without any problems. Nevertheless, the end of the tournament was more dramatic than it seemed for a while. The later winner lost three shots between the 12th and 14th hole. However, she managed to score again on the 17th hole and also managed the last 18th hole better than her pursuers Klára Spilková and the Danish Nicole Broch Estrup.

“It’s a great experience, thank you to everyone who arrived, who supported me not only on the field for the whole three days. Thanks to all the partners, all the volunteers, it is an unforgettable week for me. And I’m happy not only for my victory, but also for the placement of all the other Czech players, ” reminded the first domestic winner of the tournament in the Czech Republic that she also watched her friends.

In the tournament, it might have seemed that the twenty-four-year-old Czech amateur would not be able to finish it, but on the 18th hole she returned the ball to par from two meters and the spectator tribune exploded with enthusiasm. Czech golf has the second title in the highest European professional series, moreover won by an amateur!

Jana now has a difficult decision to make: she has time until midnight tomorrow to decide whether to accept immediate membership of the Ladies European Tour – which is the privilege of the winners – and next week she can go to the tournament in Germany if she immediately transfers to the professionals and the rest of the season until next June she will enjoy the right to join the series. The second option is to spend until the World Team Championships (August 24-27 in France) in the amateur world and then get a full card for professional LET for next year.

“I need a few hours now to make a major decision. I had a plan, but now I have to decide which path to go, ” the Czech star asked for a few hours to think.

Even Klára Spilková (-13) did not leave in the end dissatisfied. Unlike the winning amateur, she won a fat check (24,000 euros) for the divided 2nd place and the title of the best Czech professional, Sára Kousková (-7) won 4,300 euros for the divided 13th place, her colleague Tereza Melecká (-6) won EUR 3,487 for a divided 16th place.

Final results of the Tournament